Exhaust is an exhibition at Contemporary Art Tasmania in Hobart from 13 January to 14 February 2016, then travelling as a portable boîte-en-valise  exhibition and online. My contribution was to be my first in depth look at the years I spent working for trade unions, but rather than being a simple historical view it was to be an attempt at producing a contemporary equivalent to our project with unions in the early 1980s.  The objective then had been to upgrade the entire union movements approach to communication and if possible create a viable alternative to the mass media. The project in this exhibition was to outline more radical ways for unions to use social media, in fact to discuss whether many aspects of trade union organisation could be replaced by open source social media apps.

Despite a lot of research it never got that far. The cutbacks in arts funding at all levels of government over the last two years pretty much sank it. It remains another “thing that didn’t happen” although maybe it might happen sometime in the future. Instead my comments on the situation have become a  poster with the images and text below. On the Exhaust site it is represented by a large X, a small gesture of protest at the fact that while participating in the show in fact I’m not really participating as I wished.  The actual poster itself is here if you want to download and print your own copy. 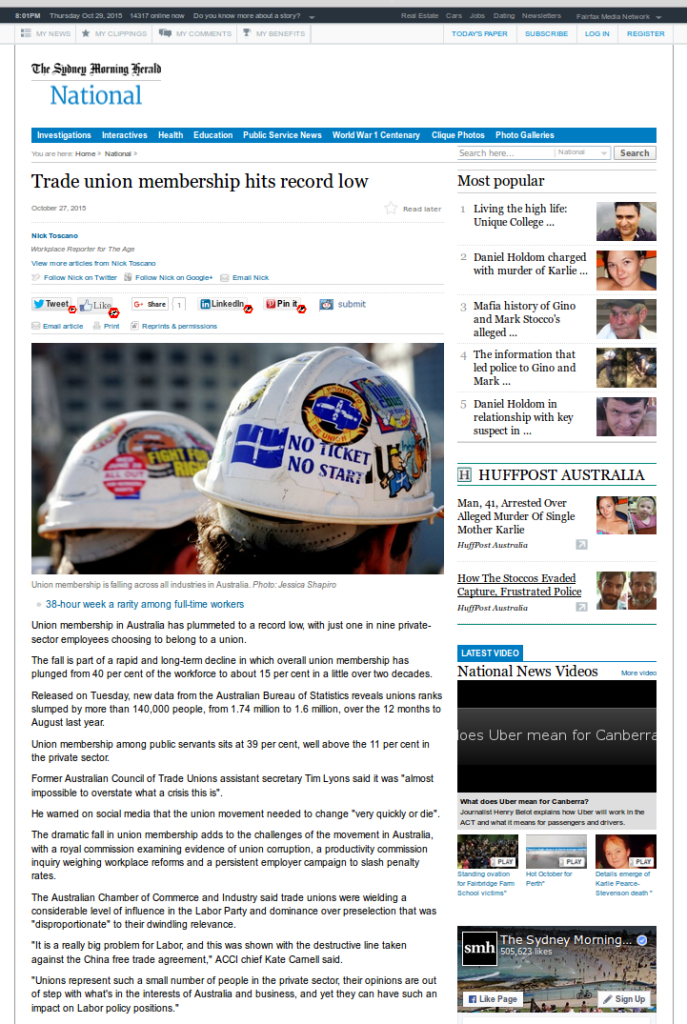 Exhaust is hardly the word for it.

It’s not often I want to just walk away from an exhibition but I almost abandoned this one as bit by bit every funding option dropped away and the only reason I had agreed to be involved became an impossibility. It was not in any way the fault of the gallery or organisers, it was all about the systematic purging from our society of any activity that cannot be monetarised and the suppression of all opposition to that. If that sounds like a wild exaggeration, after all this is just another exhibition like any other, then consider that the way repression works is the unrelenting narrowing of discussion by many thousands, millions, of small acts, including cutting arts funding. 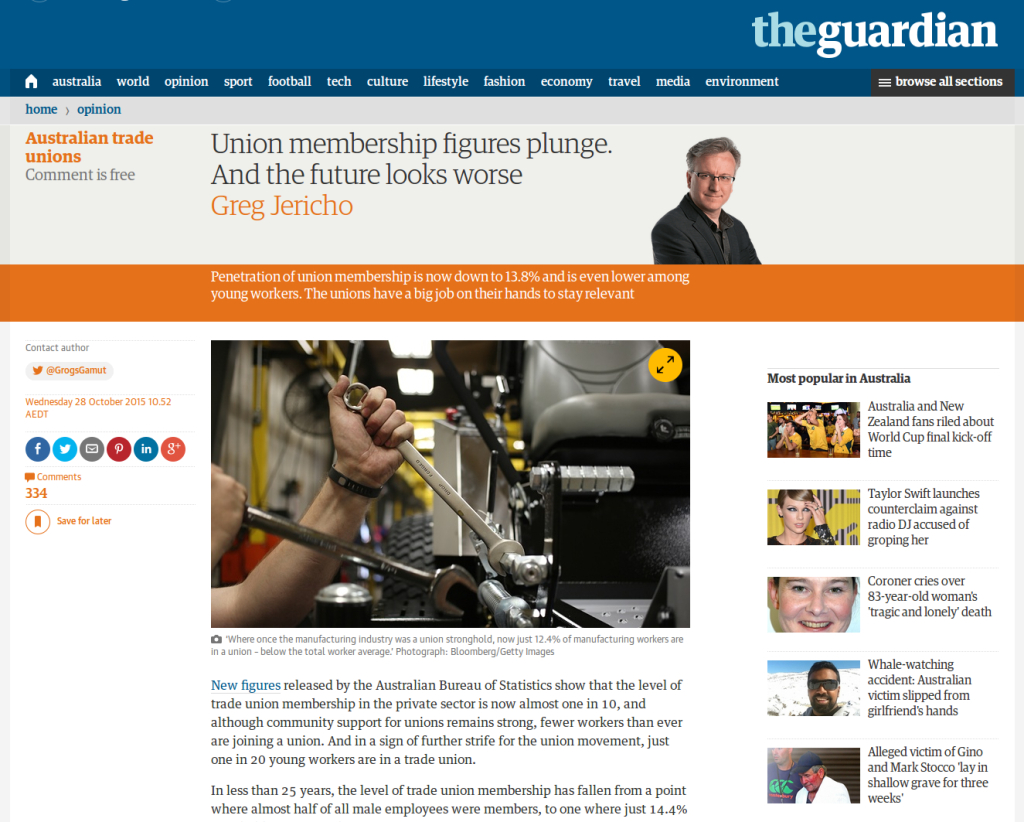 What I originally wanted to talk about, through a symposium, master classes and documentation was the slow outlawing of the union movement. I wanted to investigate how social media and the active involvement of artists skilled in new media could help their survival and enable their fight to support their members and other workers. It’s not just that real wages and conditions are going backwards, it is worse than that, horrifying industrial diseases like black lung that were eliminated half a century ago have started to reappear. But the corporate media want you to hate unions because they are among the very few organisations that fight for you rather than the wealthy.

Instead I’m reminded of recent comments by Italian Marxist writer Bifo Berardi who argued that the most radical act now available is passivity rather than activism, a refusal to participate or consume or compete, above all a refusal to be driven to exhaustion by relentless work and careerism. He advocates a decline rather than growth: “Decline and de-growth imply a divestment in the midst of frenzied competition, and this is the paradox that may bring us out of the neoliberal double bind.”

So we should embrace the slow collapse of institutional culture that neoliberalism is engineering and reclaim art by refusing to give the art industry any recognition while we get on with doing the important work of cultural adaptation within the ruins. 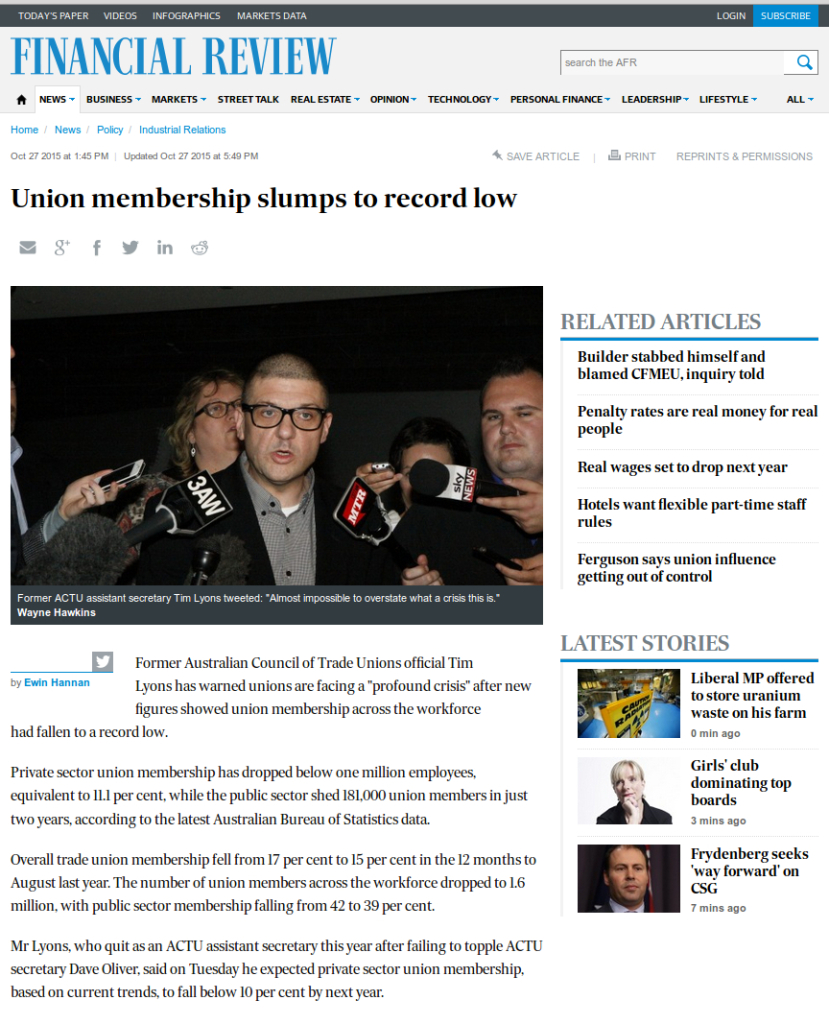