I’ve been thinking a lot about memorials recently partly because of other things I have been working on like Lithgow’s proposed Inch Street memorials and also the bicentenaries of the the first crossing of the Blue Mountains by English toffs (Blaxland, Lawson, Wentworth) and the building of Cox’s Road shortly after.

But I’ve also been thinking of shame memorials, memorials designed to permanently shame the arseholes who are obstructing attempts to reduce CO2 emissions, lest we forget them. I have no doubt that one day, like the genocidal war criminals Milosevic and Mladic they will be put on trial for crimes against humanity (yes, I mean you Tony Abbott and Allan Jones and Martin Ferguson) but there are so many minor local pub loud mouths who are their enablers and supporters. They also deserve to be remembered especially considering they will all soon be rabidly denying they ever were climate change denialists. Their names need to be publicly recorded now so they can’t wriggle out of the punishment then. I suppose you could say that I am still in the anger phase of my grief about the end of our world although mostly I’m in the depression or acceptance stages.

That is probably why I was so struck by this drawing I did in 1970 which I stumbled across yesterday while searching drawings for the doormats post. 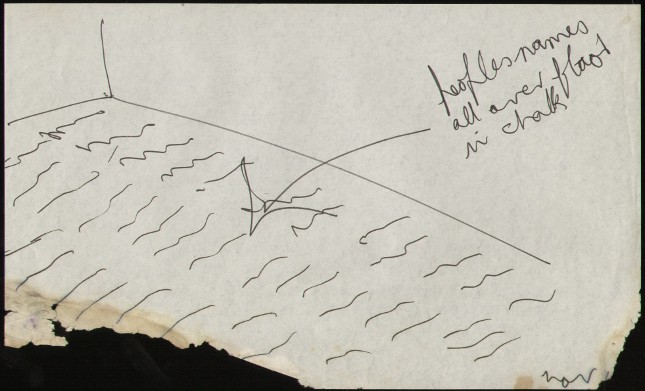 This work might deserve an outing some time soon where the names of denialists are written on a footpath in chalk to be trodden under foot and blown away as the dust of history. They probably don’t deserve anything better.